The Shadow Science of Economics, by John Derbyshire

John Derbyshire, attendee of the 2011 PFS Annual Meeting, reflects on this experience there in Taki’s Magazine:

The Shadow Science of Economics 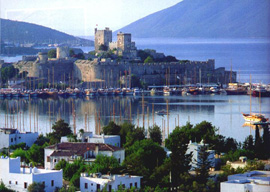 I spent the Memorial Day weekend as a guest of Professor Hans-Hermann Hoppe’s Property and Freedom Society at their annual conference in Bodrum, Turkey. It was a wonderfully relaxing break, for which I am very much obliged to the good professor, his charming wife, and their co-organizers. I gave a talk about China and got to see some of Turkey (a country that was new to me), and I listened to some interesting and instructive lectures.

The PFS exists to help promote the economic and political libertarianism of Ludwig von Mises and Murray Rothbard. I was in Bodrum because Prof. Hoppe was kind enough to invite me, not because I am a particularly dogmatic disciple of those gents. I approve of them and their doctrines in a vague, general sort of way, as I approve of anything much to the right of the statist elephantiasis dominant in the modern West and which looks to be sailing into some great crisis in the near future.

On the other hand I have issues with libertarianism—with free trade, for instance, and with the open-borders dogma that too many libertarians (though not all the ones at Bodrum, perhaps not even a majority) cling to with religious zeal.

Next post: Hoppe to Speak at Australian Mises Seminar

2023 Annual Meeting of the PFS

Those interested in attending the Annual Meeting should contact Dr. Hoppe or Mr. Thomas Jacob (jacob@pfs-zurich.ch) (Administrative Secretary/Membership), regarding conditions, availability, and requirements.